The Training Of Tess by Tessa Wanton: My Thoughts 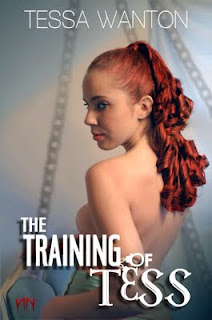 Status: My First book by Ms. Wanton, and the opening to a door I never expected.  I ADORE this author and the style with which she writes.
MUST RECOMMEND!

Synopsis:
Tessa had always been fascinated with the Dominant submissive lifestyle, and she was – she felt, a very submissive person. In her real life people knew her as a feisty, headstrong and passionate woman, no one would ever have described her as submissive. But then she had learned over time that being submissive didn’t mean she had to be a doormat, it meant to her that she wanted to hand over her control, her welfare, her safety, to someone else. Throughout her life she had maintained an iron grip on her personal control, organized to the extreme in her work and home life, highly respected in her profession as a Personal Assistant, so used to controlling others to ensure success. But what she truly wanted deep down inside, was a man who could take her to that special place of freedom she had heard and read so much about, to experience true freedom within her mind.
She had signed up to a lifestyle website to learn more about what it was to attain this ‘sub-space’ she had heard about. Peppering her profile with photographs she felt were ‘artistic’, and writing a personal passage about who she was had attracted plenty of admirers, but no one she had particularly connected with. She wasn't looking to find a soul mate, or even a playmate, just someone to discuss her thoughts and passions and desires with. It was out of the blue that a message had dropped into her inbox.
This intriguingly daring and fiery novella describes three encounters experienced by a young woman, who, whilst fascinated by BDSM throughout her life, had not had the courage or opportunity to experiment in the scene, until now... 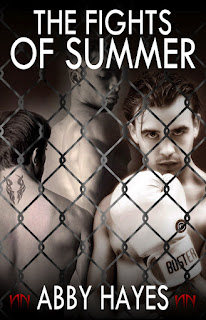 James, Carl and Dane live together under the guise of being just roommates and nothing more. But, even as roommates, James doesn't feel he belongs with them sometimes. Carl and Dane are MMA fighters, two boys pulled off the streets, while James, on the other hand, was raised with what Carl and Dane would refer to as middle class normal - their joke.

James supports the two fighters he loves by attending all of their fights. The brutality of the cage fights is just something he has adjusted to. He doesn't mind it rough at all though when one of his lovers wins and comes home all hyped up for sex, which is more naked wrestling in their apartment.

Their tense situation changes dramatically when Dane is hurt in the cage. James just can't understand why Dane is fighting so hard to get back into the cage where he almost died.

Will James' confusion make him the permanent odd man out, or will he eventually learn enough in play to make him understand his lovers' drive to fight?

Available at Amazon and All Romance Ebooks