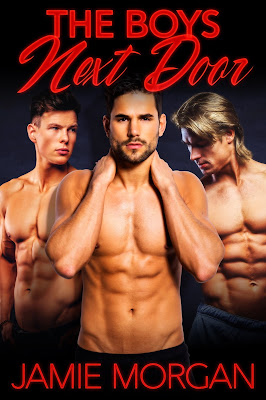 When Soren moves into his new apartment on the outskirts of the University of California campus, he is looking for a new start. Having run from his hometown after rumors his ex spread about their deviant sex life, and the pain of the break up, he isn't interested in hooking up with anyone. Or so he thought.

He is surprised to so quickly and easily strike up a conversation with the sexy-as-sin guy next door. Zach invites him over for dinner and to meet his roommate, Joel.

Soren finds out Zach and Joel have been experimenting with each other, and want him to join in on their fun and games. Should he take the golden opportunity for a triple man play time with no expectations and no strings attached, or walk away until his broken heart is mended?