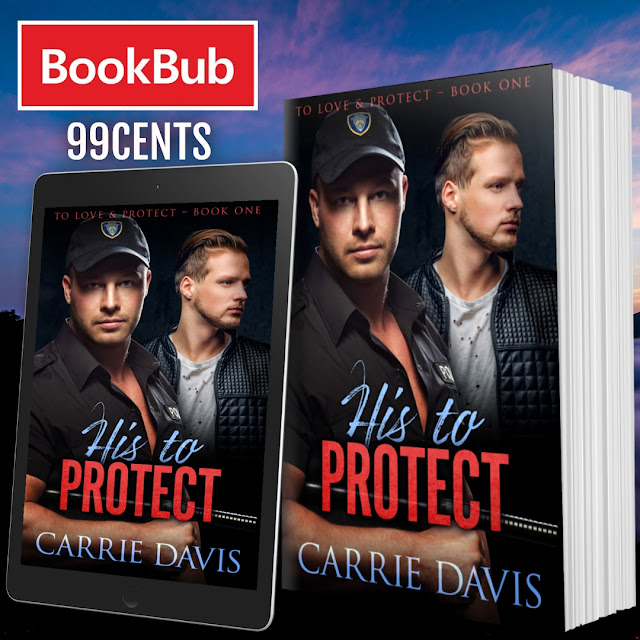 #99Cents for a Limited Time!

His To Protect (To Love & Protect, Book 1) by Carrie Davis

is 99cents for a limited time on all major vendors!

He will protect his man...

Ten years after Kellan Sutherland is assaulted and nearly murdered by a man obsessed with him, his nightmare returns when his attacker is unexpectedly released from jail.

Sheriff Alexander Romano has known and loved Kellan for five years. He knows Kellan feels more for him than he'll admit, but despite being well aware of Alexander's feelings, Kellan won't allow anyone close, especially now when he's once again the focus of a stalker's deadly intentions.

Regardless of any potential threats, Alexander is determined to protect the man he loves, even if he has to prove himself to Kellan to do it.

*The books in the To Love & Protect series can be read standalone.*

at 20:00
Email ThisBlogThis!Share to TwitterShare to FacebookShare to Pinterest